What is one of the best way to protect against Coronavirus?

Novel Corona virus (2019-nCov) which from now on we will call it Corona virus is a virus that can cause respiratory involvement and can cause serious symptoms.It even can cause death in 2-3% of cases. Although it is being said that death cases have always been among elderly people, or those who have underlying diseases, it is not always the case. The most tragic example of this fact is the death of the doctor who first reported the disease, who only was 33, and was healthy otherwise.

The viruses are being spread by the patients through sneezing and coughing which can be prevented by masks.Unlike influenza which is mainly airborne, corona virus is transmitted mainly via contaminated hands. This single fact reveals that washing hands repeatedly during the day would be great, but it is not possible to sanitize the hands after touching every item. As a result, the best preventive measure would be fabric gloves, which can be washed at the end of each day. There are two supporting facts for this idea. Firstly, people seldom touch their mouth and eyes with a glove. Secondly, as the affinity of viruses to the fabric is many times more compared to skin, even if people touch their mouth with a glove, the probability of being contaminated would be low.

To sum up, The best way to control the spreading of the disease by the patients is for them to wear masks, and the best way for non-contaminated people to prevent contracting the

disease is to wear gloves and wash them every day.

As a medical doctor I get to see Botox as... 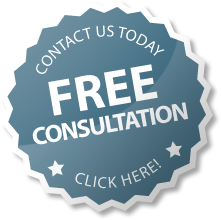 serving our customers from the gta